A music video of acclaimed cellist David Geringas performing Gediminas Gelgotas’ ‘To the Skies‘ for Cello & Piano is premiered on The Violin Channel’s ‘New Music Tuesday’, alongside with a short interview of the composer. Piece was recorded and filmed live on the 12th of December, 2019 – in Vilnius City Hall, Lithuania. This is already a second time Gelgotas’ music is presented in this worlds leading classical music news channel. 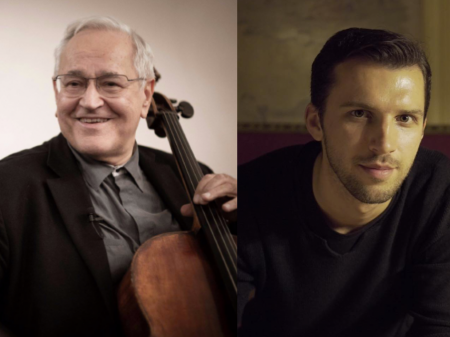